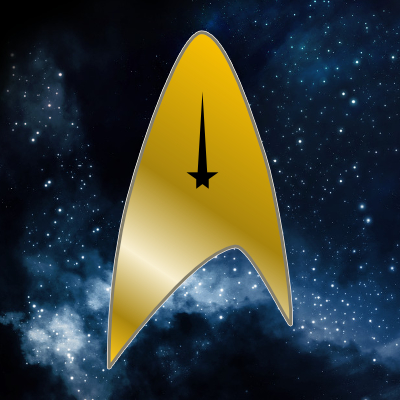 Join Ken Gagne and Sabriel Mastin each week as we review the latest episodes of Star Trek! From Discovery and Picard to Lower Decks and beyond, we analyze how the ongoing missions into Gene Roddenberry’s universe fit into a half-century of Trek history and lore.

Ken Gagne was introduced to Star Trek on Monday, September 28, 1987, by his dad. By that age, Ken was already a geek, having grown up with a Nintendo Entertainment System and an Apple II computer. He admired Data for demonstrating that someone with brains but no social skills can still be a respected member of a family. Today, Ken plays video games on YouTube channel Gamebits, interviews marginalized voices in the games industry on the Polygamer podcast, and is editor-in-chief of Juiced.GS, the last remaining print publication dedicated to the Apple II. Follow him on Twitter at @Gamebits.

Sabriel Mastin started watching Star Trek with her parents when she was little, and it’s been love ever since. She’s seen it all, played the card game, and went through The Experience in Las Vegas more times than she can count! Outside of Star Trek, Sabriel is a gamer, speaker, and used to play roller derby. She talks about diversity, space, pinball, video games, Overwatch, and Dungeons & Dragons on Twitter at @DameSabriel.

The audio podcast’s intro and outro music is “Enterprise” by Patrick A. Thompson, and the transporter sound effect is by Mic609. Voiceovers are courtesy J. Williamson (Season 1) and Lucky Annie (Seasons 2+). The album artwork, site banner image, and Twitter icon are by Allison Holt. The name “Transporter Lock” was suggested by Eugene Demaitre.

Episodes are recorded with a Logitech USB H530 headset, Blue Snowball, and Zencastr; edited with Audacity, Levelator, and iTunes; and published with Blubrry PowerPress.

This site is built in WordPress with the Responsiveness theme. The site’s content is created and maintained using such software as BBEdit, GraphicConverter, Transmit, and Safari. The domain is registered with DreamHost and hosted on Pressable.

Transporter Lock by Ken Gagne & Sabriel Mastin is licensed under a Creative Commons Attribution-NonCommercial-ShareAlike 4.0 International License (CC BY-NC-SA 4.0). Permissions beyond the scope of this license may be available at https://transporterlock.com/about/.

Transporter Lock is an independent publication that is not affiliated with CBS or Paramount. The views and opinions expressed on this show are solely those of the hosts and guests and do not necessarily reflect those of their colleagues or employers.